OpenPTrack is an open source project launched in 2013 to create a scalable, multi-camera solution for person tracking.

It enables many people to be tracked over large areas in real time.

It is designed for applications in education, arts and culture, as a starting point for exploring group interaction with digital environments.

(Press play to watch videos. Click on any still for a larger view.)

OpenPTrack uses a network of imagers to track the moving centroids (centers of mass) of people within a defined area. 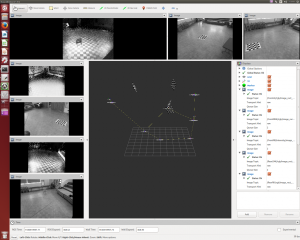 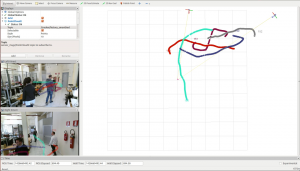 It supports different types of 3D imagers to provide RGB + Depth data. For example, an OpenPTrack system can include the following:

To perform the task of detecting people in the sensor stream, each imager in the network must be connected to a PC running Ubuntu Linux, and each PC connected to a local Gigabit Ethernet network. People detections obtained from every sensor are sent to a master process on one of those machines that merges them into a global tracking output.

This tracking data is delivered at 30 frames per second as a simple JSON-formatted stream via UDP, which can be incorporated easily into creative coding tools, such as Max/MSP, Touchdesigner, and Processing.

The techniques of OpenPTrack exploit both intensity and depth data to obtain robust people detection at distances of up to 10 meters, and work in cluttered indoor environments, regardless of lighting conditions or sensors’ heights. (At this time, OpenPTrack assumes that all people are walking on the same ground plane.) 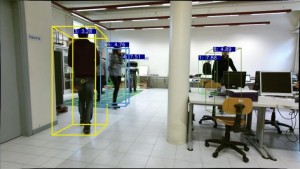 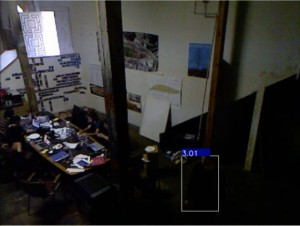 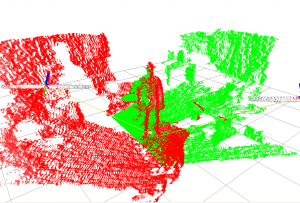 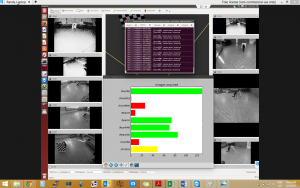 In order to improve calibration in difficult conditions (e.g., when sensors are very far from each other or have low resolution), there is an additional (optional) calibration refinement procedure. This procedure simply requires a person to walk throughout the entire tracking workspace. The detection trajectories obtained from each sensor are then aligned to each other, and camera poses are corrected according to this alignment. 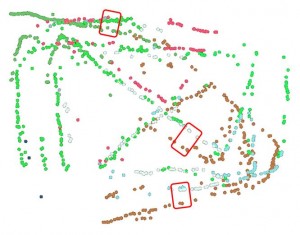 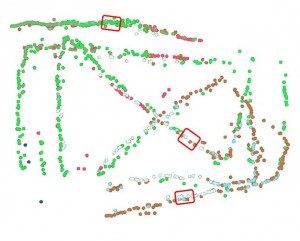 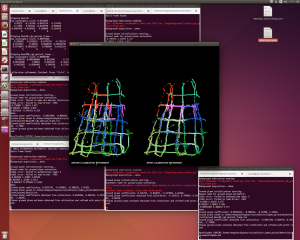 Once calibration has been completed, people tracking can be performed from the master node, fusing together the detection being done locally from all the individual processing nodes. The output of tracking can be inspected with a 3D visualizer containing the camera poses and the people trajectories. A unique ID and a different color are assigned to each track. Sent as a JSON stream via UDP, for every track,in addition to the ID number, UDP messages contain: 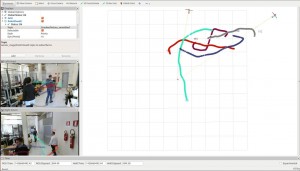 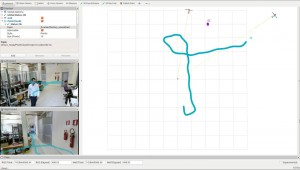 OpenPTrack also allows for changes to all parameters of the algorithms performing real-time people detection and tracking, while the system is running. A dedicated GUI allows this to be done for every node of the network. When the background of the tracking workspace is static, the background subtraction option can be used to improve the rejection of false tracks. This option is also easily enabled while running, from the people detection GUI. 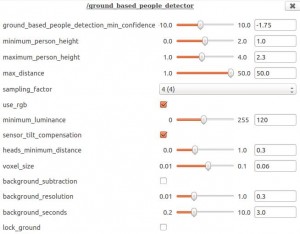 If you would like even more details, check out this paper: